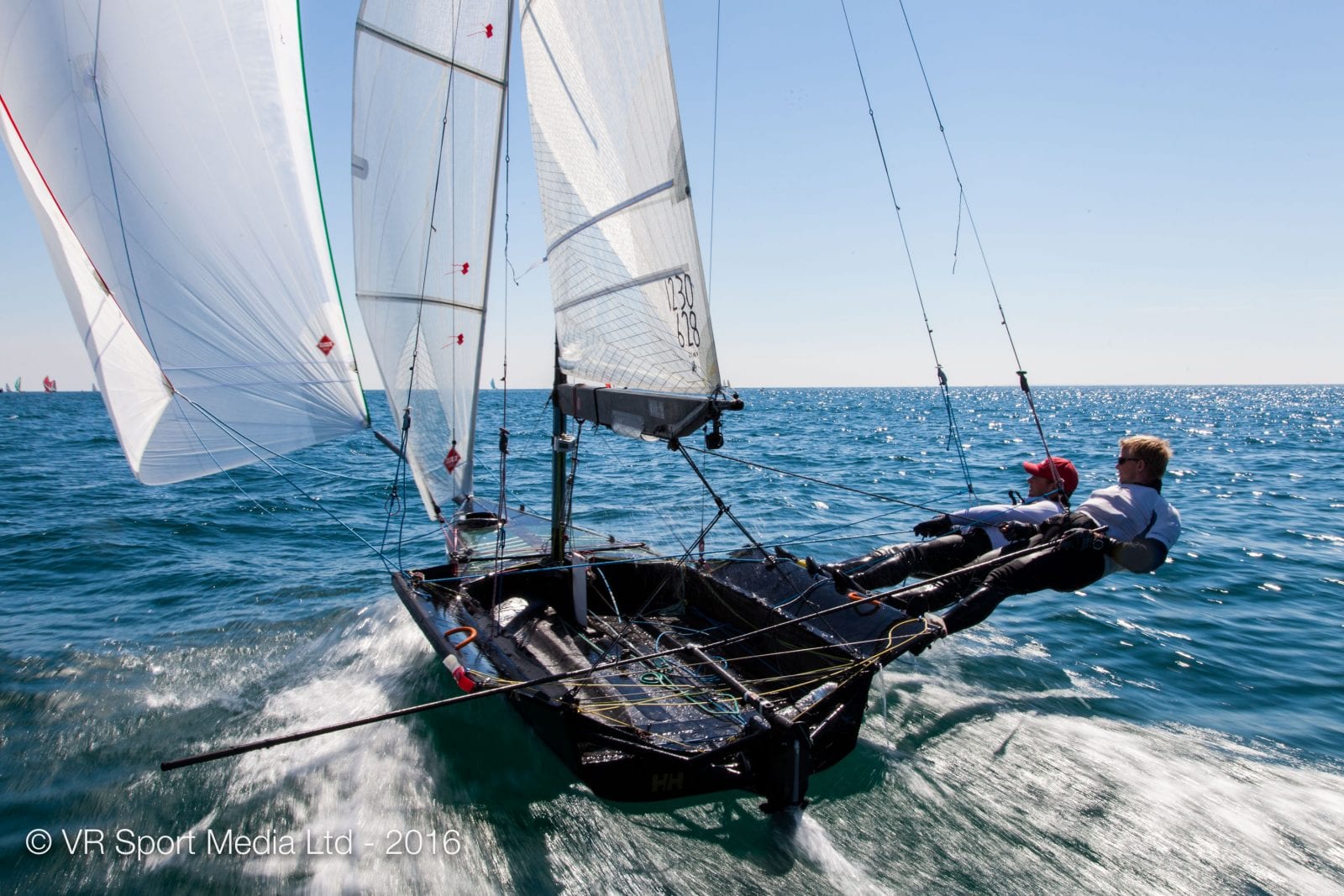 The boat park is littered with tired looking faces on morning of day six of the VRsport.tv International 14 World Championships in Carnac. Athletes competing at the 14 Worlds are not only required to complete the daily races, they are also expected to adhere to the colourful social calendar, which is as much a part of this championships as the sailing. This event isn’t easy, and every athlete is stretched to the limit, but that’s a minor price to pay for sailing an exciting, fast and technologically advanced dinghy. Once again the wind took a while to kick in, and so it was a relaxed start to the day with several crews taking the opportunity to have a last minute power nap under the indefinite postponement. Eventually the sea breeze kicked in, and the fleet were able to launch. The wind continued to build towards the start of the race, and so the class flag was eventually raised in 12 knots, with the windward mark set at 260 degrees. The first start saw the majority of the fleet over the line with about 15 seconds to go. There was mayhem at the starboard end, with boats trying to tack around the committee boat in order to get back behind the line. Unsurprisingly, this start ended in a general recall; a relief for many of the sailors. The next start sequence featured a black flag, in an effort to encourage a clean start, which it did successfully, with no boats over the line. With similar conditions to yesterday, the fleet headed out to the right, coming into the windward mark on the starboard layline. Archie Massey and Harvey Hillary led the fleet, with Glen Truswell and Sam Pascoe in a close second. Once again, the fleet was tight around the first lap, which meant that good boat handling was imperative. Some boats buckled under the pressure around the windward mark and hoisted kites only to capsize on the busy reach. Meanwhile, the leading pack pulled away from the rest of the fleet. Neale Jones and Ed Fitzgerald, fondly known around the boat park as the ‘Kings of Boat-Prep’, showed that hard work on land pays off on shore by fighting through the pack to sail round in third. Once again the British and Australian teams dominated the top ten, and the boats were having to fight tooth and nail for their positions. Massey and Hillary extended their lead throughout the race, only to be hijacked by Quiberon Bay weed at their last leeward mark, which led to them losing a significant amount of ground. Despite this, they still finished in first. Trusswell and Pascoe, once again demonstrated clinical professionalism in their racing, to take another second to add to an impressive set of results for the series. Unfortunately Jones and Fitzgerald suffered some major breakages, which meant that they finished the race in 11th, steering the boat holding onto the rudder case, after the tiller broke away at the leeward mark. Roger Gilbert and Ben McGrane sailed a strong race, and crossed in third, which means that there are now only three points between second and third. After racing, some boats even went back onto the water after a quick crew swap in order to make the most of the glamour conditions. Tomorrow is the last push, and although Truswell and Pascoe are pretty comfortable at the top of the fleet, silver and bronze is still far from being decided. Krstic and Lanati are one good result away from capping off a great regatta with a podium. They are 5pts off third, with Hayter/Neighbour a further 2 points adrift, it will be  a classic battle with it all to play for. The other aspect of the regatta and bragging rights will lie in whether Blasse/Gilligan can have a great result and sneak into the top 10 to make it 5 Aussies and 5 GBR in the top 10. Its all to play for and hopefully the Aussies can square the ledger and sneak onto the podium. Good luck lads! 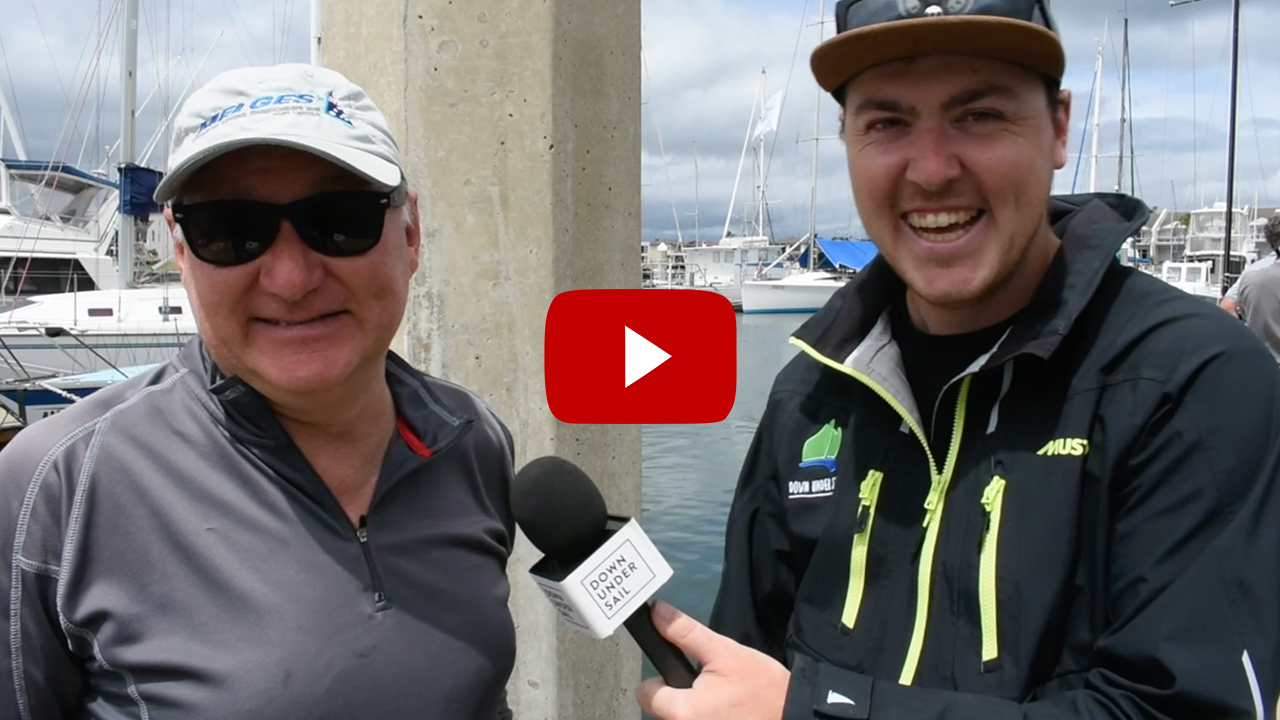