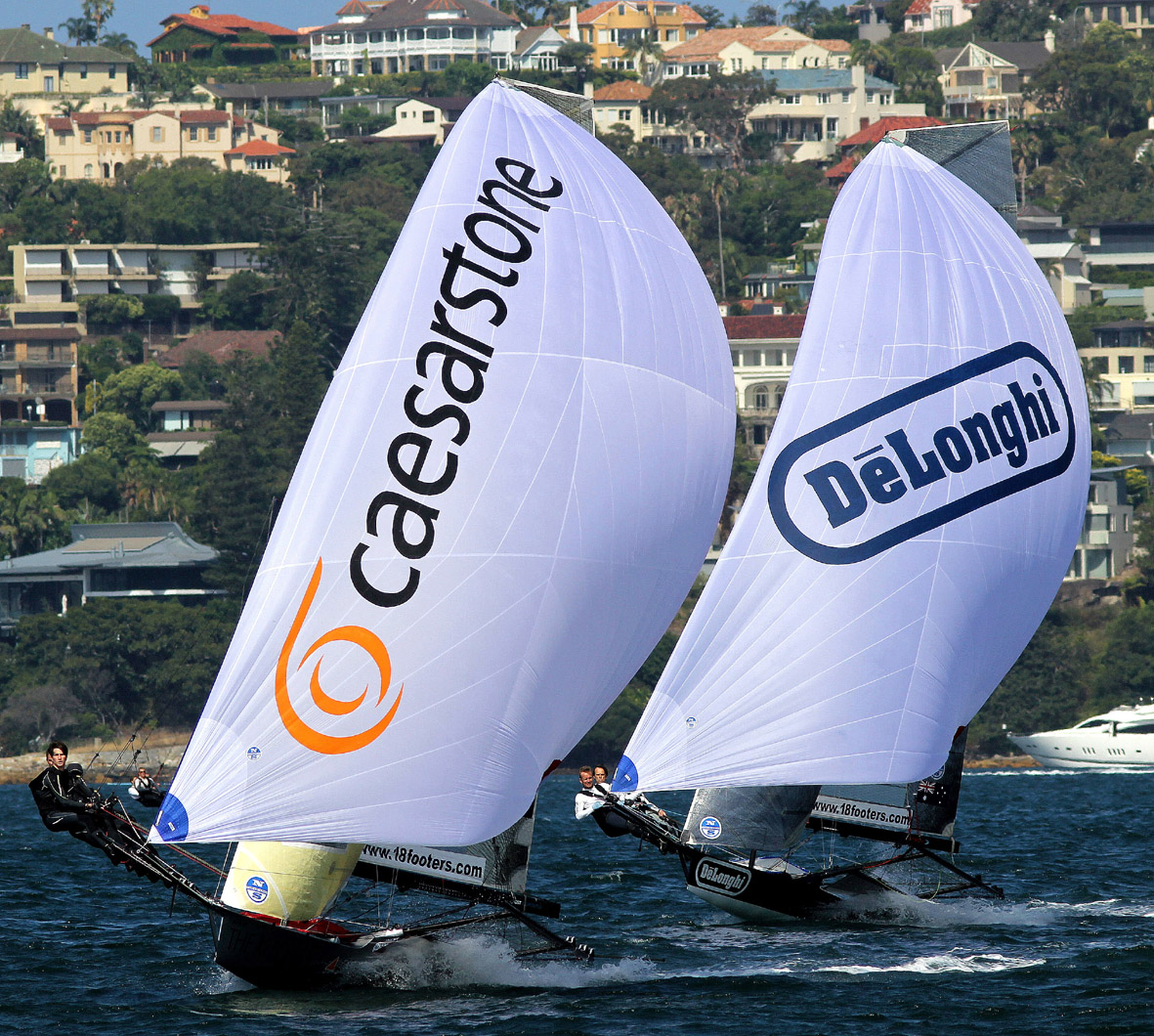 When 1996 JJ Giltinan champion Stephen Quigley lined up as skipper of The Kitchen Maker in the 2017 JJ Giltinan 18ft Skiff Championship, being sailed this week on Sydney Harbour, he is competing with his son Tom (18) in the bow and Sam Ellis (22) on the sheet.

For Steve, it’s his determination to encourage youth into the fleet as part of the ongoing plan by the Australian 18 Footers League to protect the future of the iconic 18s. Steve is competing against three of the young sailors he coached at Cronulla and introduced into the 18 Footer fleet this season after approaching them over the winter months to take on his boat from last season. The three young men are Bryce Edwards, Rory Cox and Jacob Broome who are teamed on Panasonic Lumix in their rookie 18 Footer season and have been mentored by Steve.  The trio have shown their sailing skill with some excellent performances and have impressed Australian 18 Footers club officials with their enthusiasm, integrity and ability.

With just a couple of months sailing in the high quality Sydney 19-boat fleet, the young sailors have exceeded all expectations (apart from their own) by finishing 13th in the NSW Championship, then 11th in the Australian Championship.

The Lumix team have performed so well that they are very competitive in the high quality fleet, and as Steve Quigley quipped, “They’re not just surviving, they’re also starting to beat us.” They were even in the top 10 midway through last Sunday’s race in the 26-boat Giltinan Championship fleet.

A testament to their fortitude and determination was shown last Saturday after their hull was badly damaged during Race 1 of the JJs.

The crew drove to Windsor (western Sydney) and picked up a spare hull, which isn’t being used this season, then took their boat to boat builder Brett Van Munster at Morriset (one and a half hours north of Sydney) for urgent repairs.

They re-rigged the new hull overnight and competed in Race 2 on Sunday – without sleep.

Brett Van Munster and his team did a fantastic job repairing the damaged hull and the Lumix team were back in the boat for Tuesday’s Race 3 of the championship.  They finished 14th in the race, which was sailed in incredibly difficult conditions.

Steve Quigley is proud of the young sailors who have come into the 18s over the past 2-3 seasons and pointed out that another young team, Jack Sprague’s Mojo Wine, quickly offered to help the Lumix boys when they realised the problem on Saturday.

One of the Mojo Wine team, Riley Pike, even accompanied the Lumix boys on the trip. Club President John Winning said:  “The quality of the young sailors is heartening for the Australian 18 Footers League and the sport of 18 footers generally.” “The Club is always looking to encourage young sailors into the 18s ranks who are prepared to take on the challenge and appreciate the opportunity they have been given.”

“We’re fortunate that someone with Steve’s qualifications and passion for the task is securing some of the best young local sailors to our club and the 18s.” Steve’s 18-Footer championship victories is only a small part of his involvement in the sailing/yachting/marine world.

Steve originally retired from the 18s in 1998, when balancing an expanding family, a new business and sailing, 18s became too much to handle.

As Steve says:  “My three kids Issy, Tom and Lara, have been sailing since an early age on the junior circuit in Manly Juniors and Flying 11s at Cronulla Sailing Club and in schools teams.” “We regularly took the Cronulla Sailing kids out on the ferry to watch the JJ and it’s started to pay dividends with Tom, Phil Marshall, Ben Piggott, and now Bryce, Rory and Jacob starting their 18 careers at the club.”

“My main aspiration is to develop more youth into sailing generally and the 18 Footers in particular.”

“I wanted to have some fun sailing with my son and one of his mates (before I get too old) and set them on the path for the future.  I want to show them the nuances behind managing, sailing, tuning and maintaining the boats.”

Steve added:  “I’d like to pay a tribute and acknowledge all the good work Sean Langman has done, and is still doing, in the youth development area.  Sean too recognises the long term benefits and his Noakes Youth team ia a great example of his expertise and success.”

“Another person I must thank is Matthew Fisher, sponsor of Michael Coxon’s Australian champion Thurlow Fisher Lawyers, who now supports a second team of young rookies in the 18s.”

“At a pre-season function, I asked Matthew if he was interested in supporting a group of young sailors and he immediately agreed.”

Jordan Girdis, Brandon Buyink and Lachlan Doyle now sail in the fleet under the Thurlows Compensation Lawyers banner at the 2017 JJ Giltinan Championship.

With people like Steve Quigley, Sean Langman and Matthew Fisher prepared to support our young, up-and-coming sailors, the iconic 18 Footers can be around for another 100+ years. 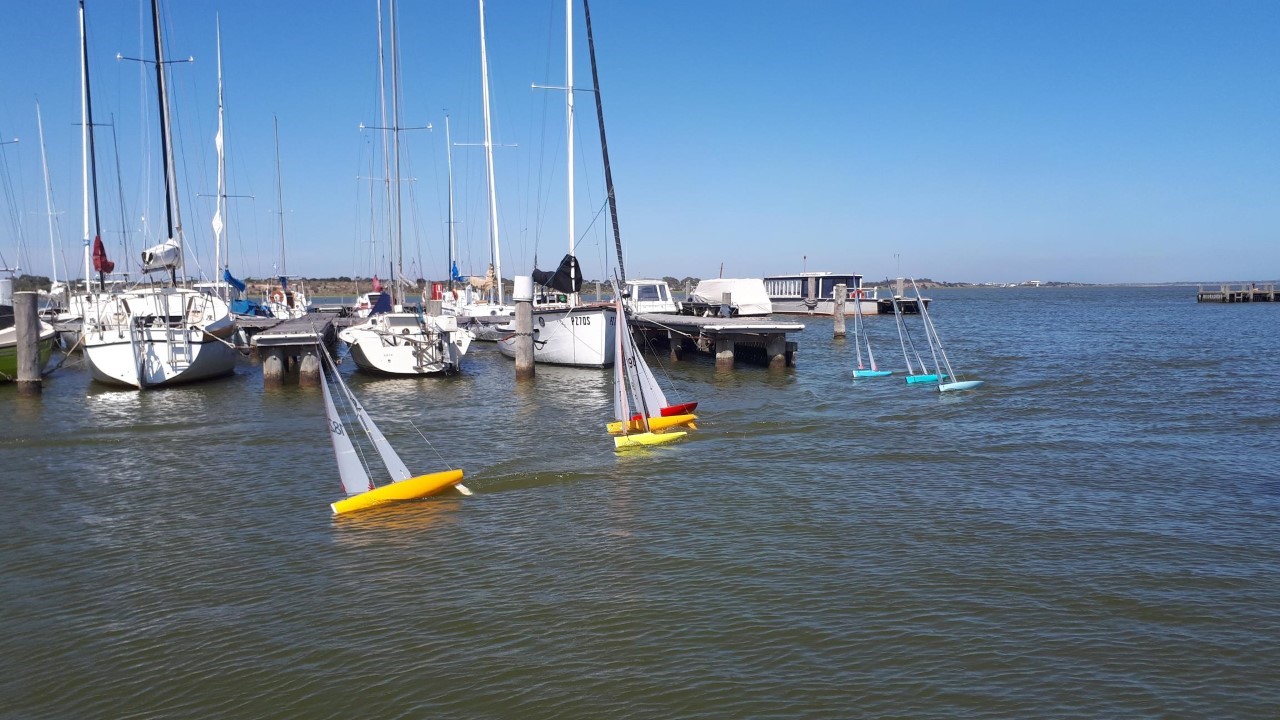 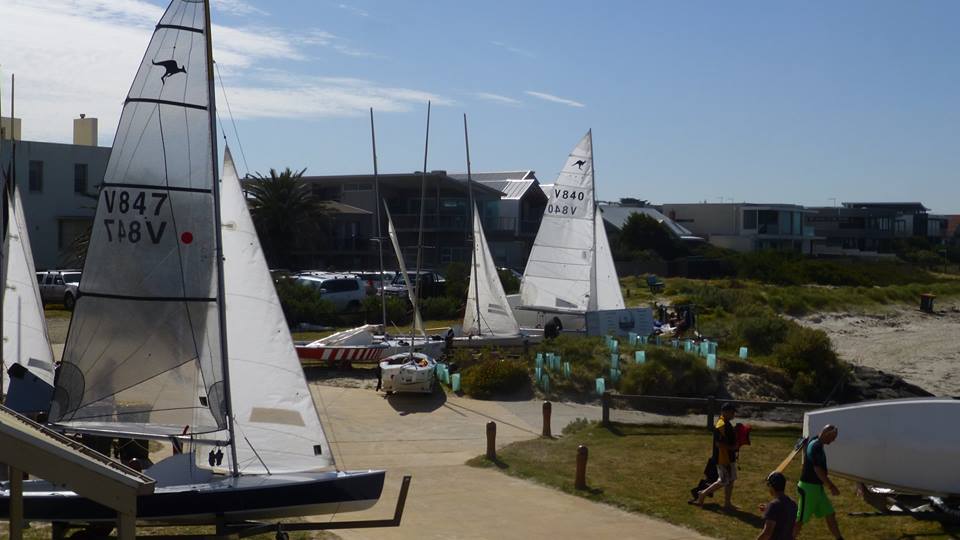