An epic four days of WASZP racing went right down to the wire in Port Stephens over the Australia Day long weekend, as a group of talented young Kiwis took the first three places in the Australian Championship.

It was an exciting four days of racing for the WASZP class, with the national championship hosted by the Port Stephens Sailing and Aquatic Club, drawing in a number of talented international sailors as well as a solid contingent of Aussies.

Competitors were aged between 13 and 65 years old, showcasing the regatta as a true WASZP event – with the mantra of the class boasting the best locations, and the best experience for sailors, friends and families, and Port Stephens and Salamander Bay ticking all of those boxes.

The first day saw the 42 competitors greeted with sunny skies and a solid southwesterly breeze that was forecast to abate as the day went on.

After some quick equipment checks and registration, the sailors hit the water for an intended three races – the first two were held in great conditions for foiling with 10-15 knots on the race course and dead flat water.

Reigning Australian Champion Tom Trotman started his series with a bang with a first place in the opening race, only to be returned serve by the Kiwi pairing of Seb Menzies and Sam Street going 1-2 respectively in the next race.

The final race of the day was abandoned as the breeze dropped to about four knots and the boats all came off the foils.

The feature of the WASZP being one-design is that the racing is insanely close, one mistake and it can cost you 10 places in the blink of an eye.

The social side of the WASZP was alive and well with more than 50 people heading to the local bowls club for the 2020 WASZP Barefoot Bowls Tournament, which saw families, competitors and mates bond over a few beverages and some lawn bowls – a ripper way to kick off the event.

The second day unfortunately was over before it begun, after the race committee attempted to get racing away in a fading morning breeze, causing them to cancel racing for the day.

A late breeze that day did allow for a little bit of action though, and while official racing was unable to take place due to the AP over A being signalled earlier on, some of the sailors got out on the water for some practice, and even a mini slalom tournament that saw some incredible action and a real show for the locals right near the beach.

The third day and the stage was set – Australia Day, a pumping nor-easter and blue skies over Salamander Bay, the perfect recipe for four races in amazing conditions.

This day saw some of the best racing seen in the class right across the world, with no inch given at any turn, 10-15 boats regularly converging at mark roundings, as well as plenty of passing lanes creating a game of snakes and ladders across the fleet.

Jack Ferguson had the pick of the day, unfortunately swimming on the finish line of the first race of the day while in a great position, and then following it up with two bullets.

Current 420 World Champion from New Zealand, Seb Menzies, took a race and was ever consistent to take a strong lead in the overall championship into the final day.

Tom Trotman had an indifferent day however was still holding a slender lead for the Australian Championship as third through to seventh on the leaderboard was separated by only four points, which showcased how close the event really was.

After an Australia Day party, the crew known as the Nut Huggerz lads all headed down to the local country club to see what our nation’s holiday in Port Stephens was all about, and needless to say they were not disappointed, leading to the team deciding the final day they would just sail in their Nut Huggerz bathers and a life jacket – a showcase of the fun on display in this class.

Heading into the final day there was still a number of titles on the line, with the Overall, Australian, Master, Junior, Youth, and 6.9m Rig divisions all to play for.

One of the features of the WASZP is the even spread throughout the fleet that regularly sees the old mixing with the young, as well as everything in between.

The following stats back this up:

Names like Brad Devine and Grant Alderson from Western Australia, who have both won numerous national championships in other classes, are always pressuring the top 10 and top 5 at times, leading the Master division, while Alison Dale has shown great improvement to finish in the top half of the fleet to win the female championship.

The 6.9s had a ding-dong battle with Jono Tuite taking the title from Angus Renton, showcasing a great transition rig for kids coming out of Optis, International Cadets and other youth classes.

The junior and youth titles are always hotly contested with so many sailors in the 16-25 age group, with the class priding itself on the fact it is retaining sailors for longevity and boasting 70 per cent of its fleet in the challenging age bracket of 16-35.

It is also really being seen as a destination class for many coming off the ‘traditional’ pathway programs, with the WASZP now developing its own internal pathway.

The final day came along with a grim forecast and the race committee found a small wind window in the morning to run a race, however unfortunately the competitors were a bit late to leave the shore and the racing was pushed back by 20 minutes.

The race got underway in about 9-11 knots and faded by the second lap with only about 12 boats getting through the two-lap finish window, however with the grand prix scoring system in place, as long as one lap is raced, you still register a score if you don’t finish within the finishing window.

The race committee was determined to get one more race in to close out the series so they sent the fleet ashore to rest up while they monitored the wind until the cut off time of 3pm.

With the overall title in the bag to Seb Menzies, the attention turned to the Australian Championship battle, where any one of four boats could win.

Jack Ferguson led his nearest competitor Ben Gunther by a slender three points but with a 12th on his scorecard he could not afford a bad result.

Right at 2.30pm the breeze filled in and just like that 42 WASZPs were assembled and ready to start 10 minutes later, with Huey coming through with the goods and a building 10 to 12-knot nor-easter filling in for a perfect final race.

It was amazingly close, with Ferguson and Gunther coming together at the bottom mark the first time with nothing between them, and the latter doing everything he could to get through for the win.

He managed to finish third in that race behind the two Kiwis however with Ferguson in fifth it was enough to claim the title by just one point – bringing an exciting regatta to an epic close.

In one of the best top end fleets the WASZP class has assembled in Australia, featuring national and world champions in other classes plus some of the world’s best WASZP sailors all coming together, you could not ask for more.

Names like Tom Trotman from Australia and Rory Hunter from the UK, both of whom dominated the last International WASZP Games in Perth, had their moments in this event however couldn’t find the extra gear to get through Menzies, Street and Alex Mitchell-Barker from New Zealand.

Then more top end talent came to the fore, with Ben Gunther a former top level Laser sailor and Jack Ferguson who has done it all in youth classes, joined by class stalwart Jack Abbott at the top of the leaderboard.

One thing is for sure, all of these guys are super pumped to get over to Lake Garda in the middle of the year and take on the best in the world from July 31 through to August 6 – it is going to be one hell of a show. 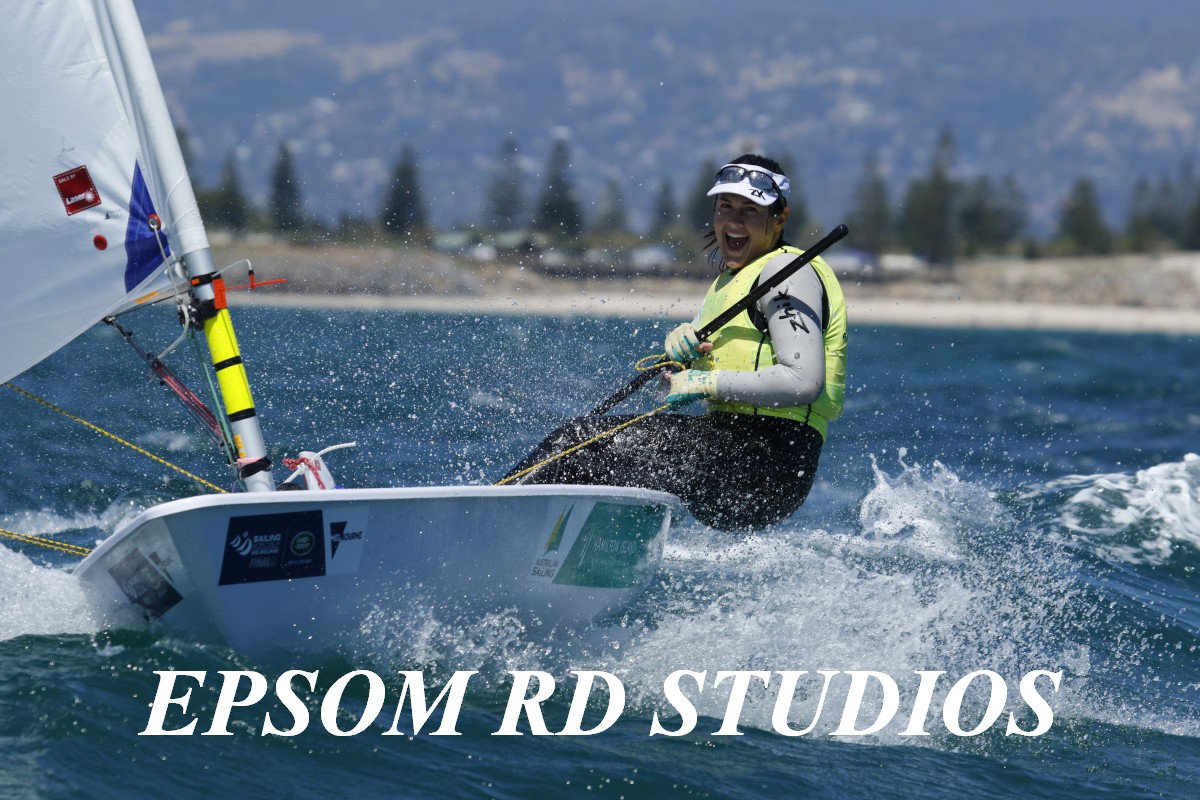 The “little crazy” boat that could | Teakle Classic Adelaide-Lincoln