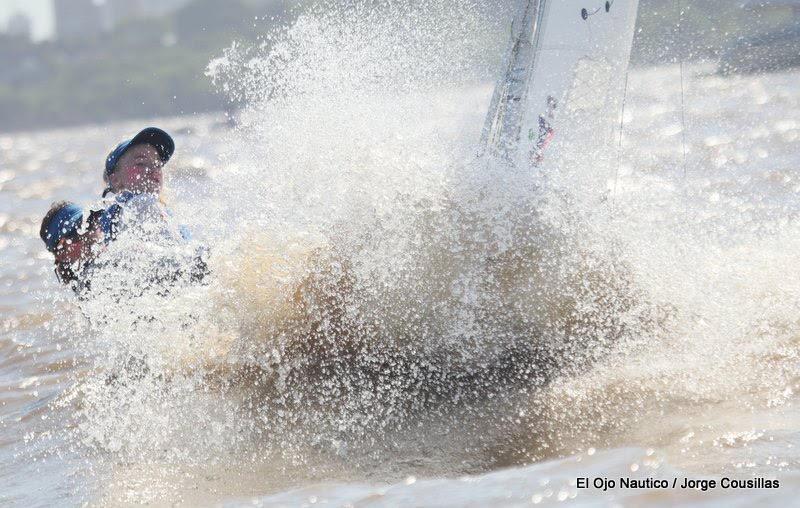 We finally had a bit more wind and for the most part the Australians looked more comfortable for it. It was a relatively warm fluffy onshore wind of 15 knots without a lot of pressure, nothing like an Aussie sea breeze I can assure you with most of our crews still sitting in and not hiking much.

The waves were very short, sharp and jumbled but the extra wind, even though not very dense, took its toll on the team. The team is sailing in brand new chartered boats, which had never really been tested before, so we had a fair few small issues with some minor breakages, slipping lines in cleats, undoing pins and under-engineered fittings failing. The Australian team getting briefed before a day of racing.

I cannot say too much about this situation as I was required at the protest room immediately after the race until late and only had a passing check with the sailors ashore. But I am sure Team Australia would have swung into action and this morning everything is well on the way to being rectified.

We had some good moments on the water. Will Cooper and Hugo Allison were vying for a top three finish in first race when the spinnaker pole snapped. They lost a few spots to hang onto eighth sailing without the pole and then scored a sixth in the second race with a replacement pole to round out a nice day. They are sailing well but definitely not getting the rub of the green.

As I said earlier I was involved elsewhere after the race. Alyssa and Mitch Kelsey were involved in a protest against an Argentinian boat. I was not actually in the room long as I was a witness for Alyssa. The incident was a room at mark one where Alyssa claimed an inside overlap and was involved in small collision. Under the rules Alyssa has right of way if she gained an overlap before the two boats got within three boats lengths of the mark — a point I supported her on. Racing is intense and competitive at the worlds in Argentina.

The Argentinians were able to produce a video showing a bit of ambiguity about this which appeared to show she gained the overlap just inside the zone and thus she was unfortunately disqualified. But she and Mitch are having a good consistent regatta and hopefully this will not affect her score too much as she can use it as a discard. There has been a lot of aggressive protesting at this regatta.

The second part of the evening was spent with three of the Aussie team who were given UFD penalties for being premature starters (along with seven others). They felt they were well behind the line and that other boats ahead were not penalised. We put in a score review which clarified the UFD and then protested the race committee with the other boats as witness. But to no avail, the race start recording tapes showed the boats were mentioned by name.

The protest was dismissed as I thought would be the case, but it was good for the kids to experience the process. It is a hard one to win as you have to prove beyond doubt that you were safe. In this regatta all the support staff are held in a holding area during the start sequence and this prevents any viewing or videoing of the start. It must be stated the protest committee are a full consortium of people of the highest integrity from around the world who can only make their decision on the facts found and not speculation.

The regatta is boiling down to a race between the English and the Argentinian teams. Jamie Harris and Antonia Wilkinson currently lead and would be worthy winners after some misfortune last year at the Worlds in Italy and a dismasting here in one race yesterday. The Argentinians are sailing well and look very good in the light airs sailing with noticeably a lot more body movement in the chop. May the best and fairest win. On the lay day, the Australian team did a cruise through one of the local waterways.

So today we patch boats and re-race in lighter winds again. It is now beyond us to expect a podium finish but we will try and finish the last third of the regatta on an upward trend.

Finally thanks to Club Nautico Albatros for taking us all on the Delta Run trip up around the islands, it was an eye opener and the perfect activity for our New Years Day lay day. 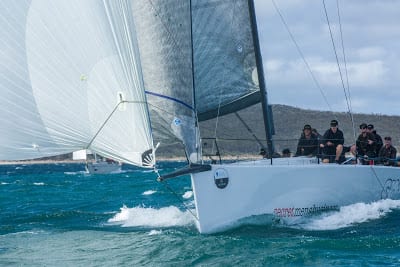 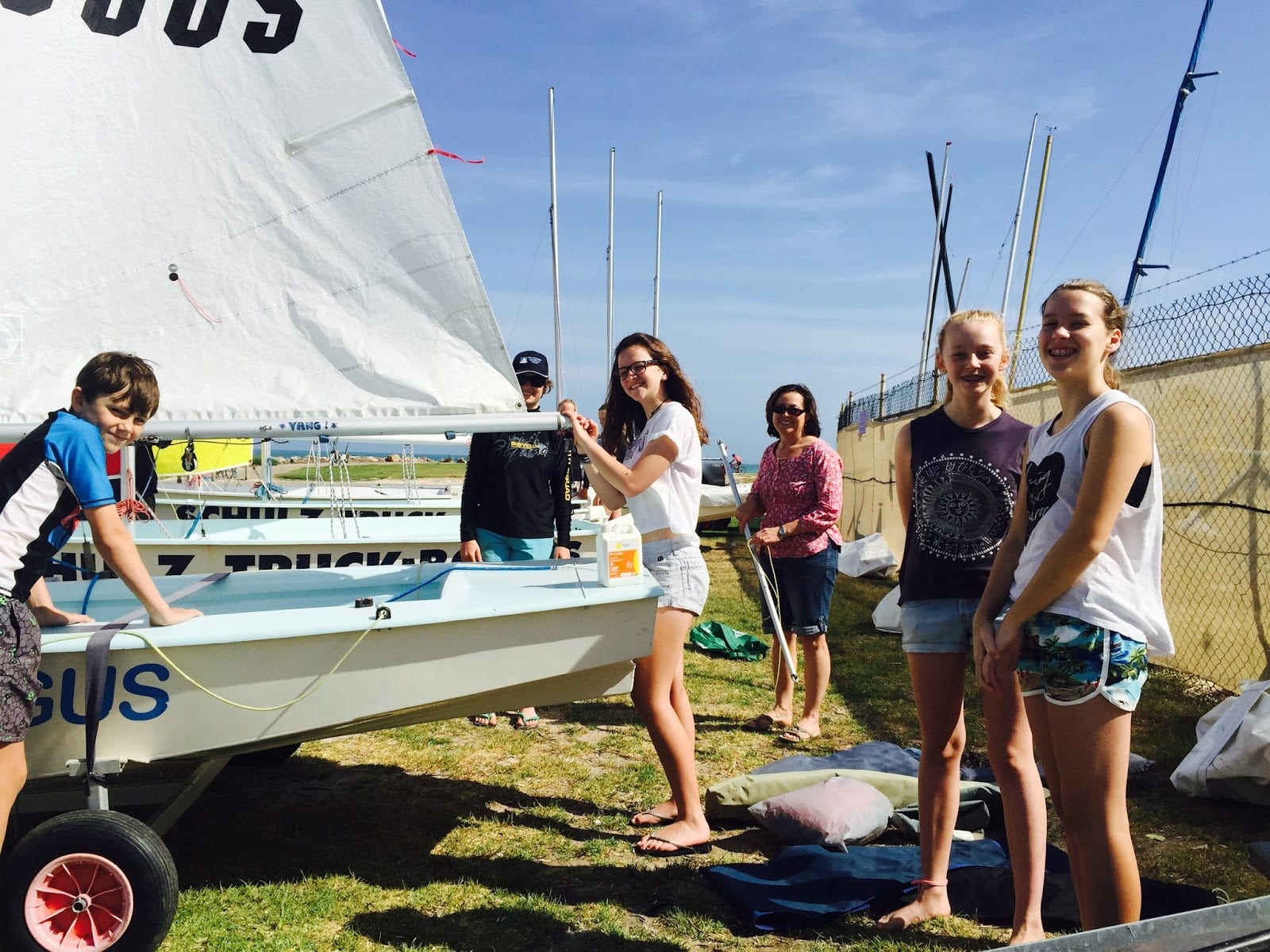 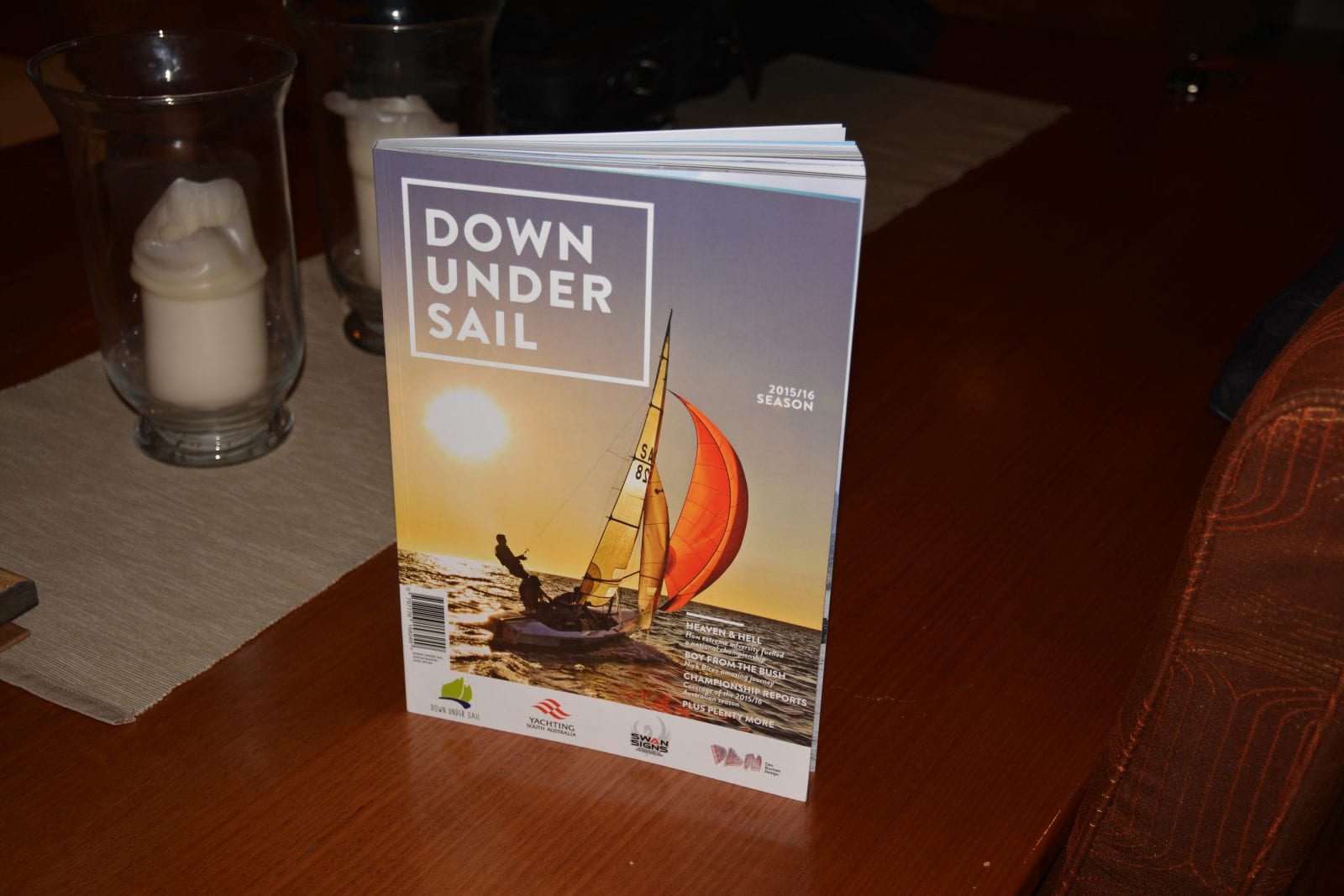