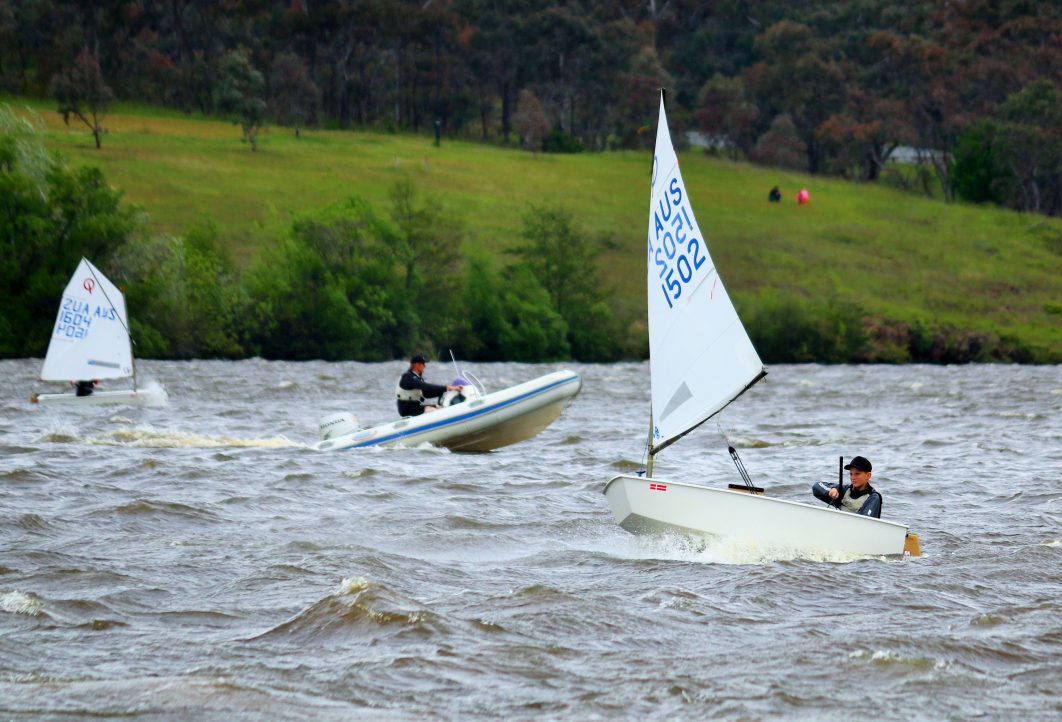 Day two of the Capital Insurance Brokers ACT Optimist Championships wowed the stadium-like crowd on the lawns of the Canberra Yacht Club today with 126 boats racing in 15-30 knots of northwesterly breeze on Lake Burley Griffin.

“I have never seen an Opti go so fast,” said Matthew Owen, Opti parent, experienced sailor and CEO of the Canberra Yacht Club.

READ THE DAY ONE REPORT HERE

Matt was was back to oversee racing today after supporting his staff member Stephen Hart, who was named as joint winner of the Instructor of the Year award at the Australian Sailing Awards overnight.

“Being a part of the crowd that had built on the lawns to watch the action was just incredible and well worth a big day at the office,” he said. The crowd building on the lawns of the Canberra Yacht Club. Photo: Daryl Roos

For parents, from locals like Matt, to visitors from around NSW, the Canberra Yacht Club is a favourite because of the very unique “stadium experience”.

“We can sit here and watch the kids sail from the bank,” said Opti Mum Kim Bradford from Gosford.

“It’s a great environment, a great regatta and we encourage everyone to come – it’s just perfect.”

And it seems that once a family comes to the Canberra Yacht Club for a regatta, they also return not just to Canberra, but to other events away from home.

“My son Logan is 11 and he is in the intermediate fleet. He did his first regatta here last year in Green fleet,” Kim said.

“They were great, lots of great coaching and advice and that really made him want to do regattas. And since then we’ve been travelling. We are a bit addicted now, heading all over the place. It’s a great community.” From talking with parents to the kids themselves, there were only positive things to say about racing from the Canberra Yacht Club, from the amount of space to rig and race, to fresh water and a great atmosphere on and off the water.

For the local kids, there is definitely a strong sense of pride to race for their club. Close racing was a feature of the championships. Photo: Daryl Roos

Make sure you check out more of what the sailors and parents had to say about the venue and the racing at the Capital Insurance Brokers ACT Optimist Championships in the video above.

Finn Jones, Ava Whitten and George Calligeros were the top three for the intermediates in their series of four races with two more today. The Open fleet sailed four races today, totalling six for the series. Jack Ferguson, Daniel Links and Ryan Littlechild were the podium place getters.

Full results from the Open and Intermediate fleets are available here. 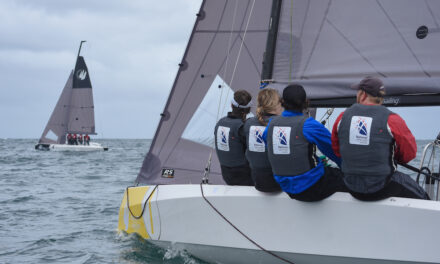 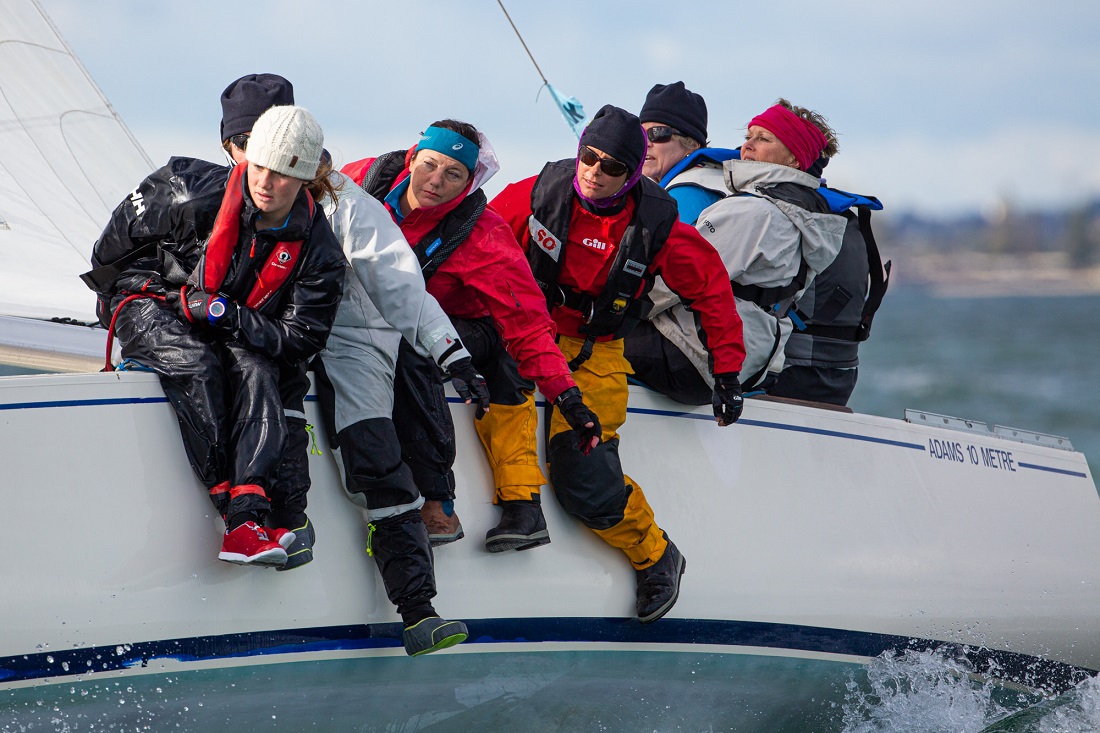 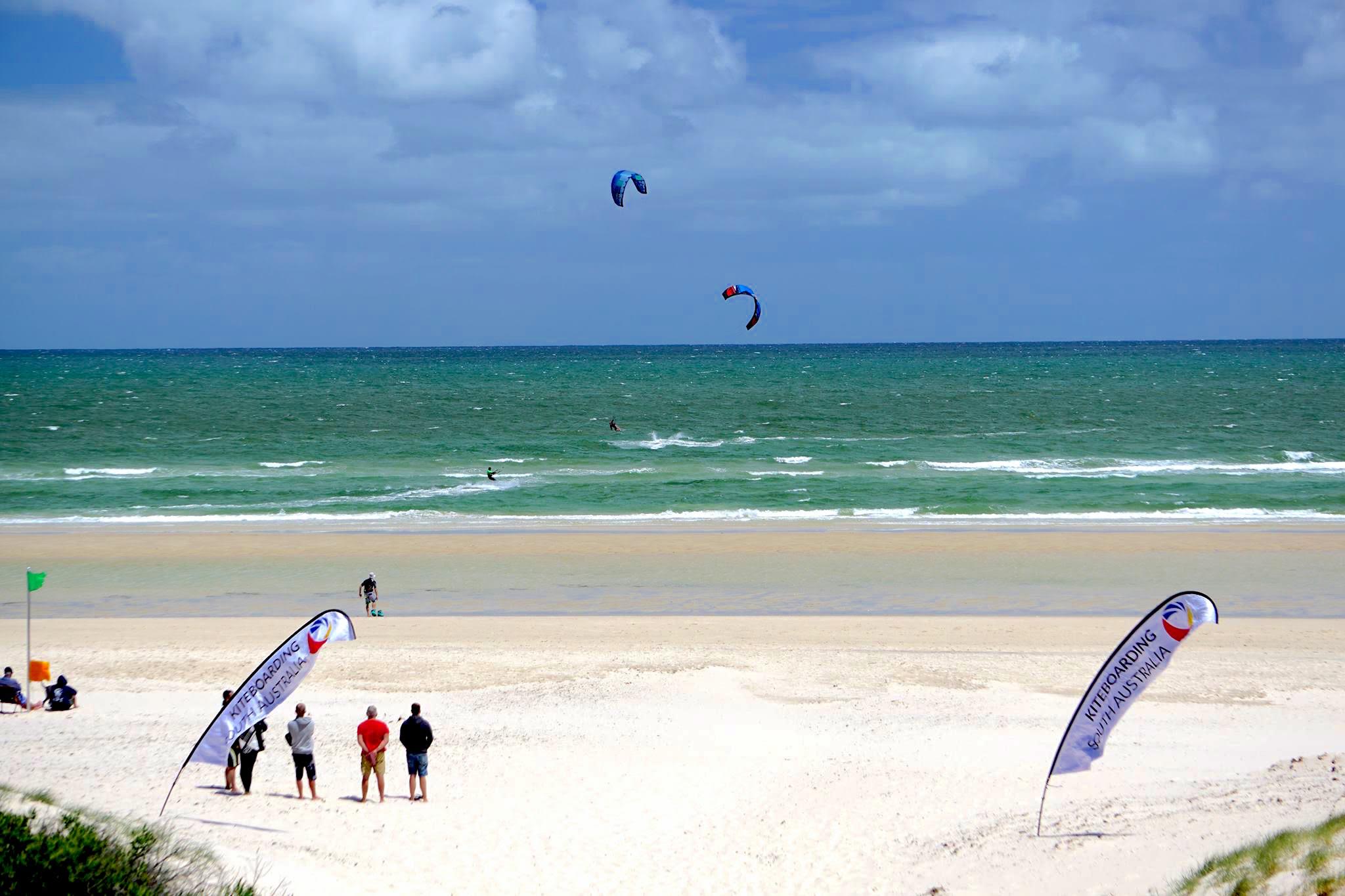 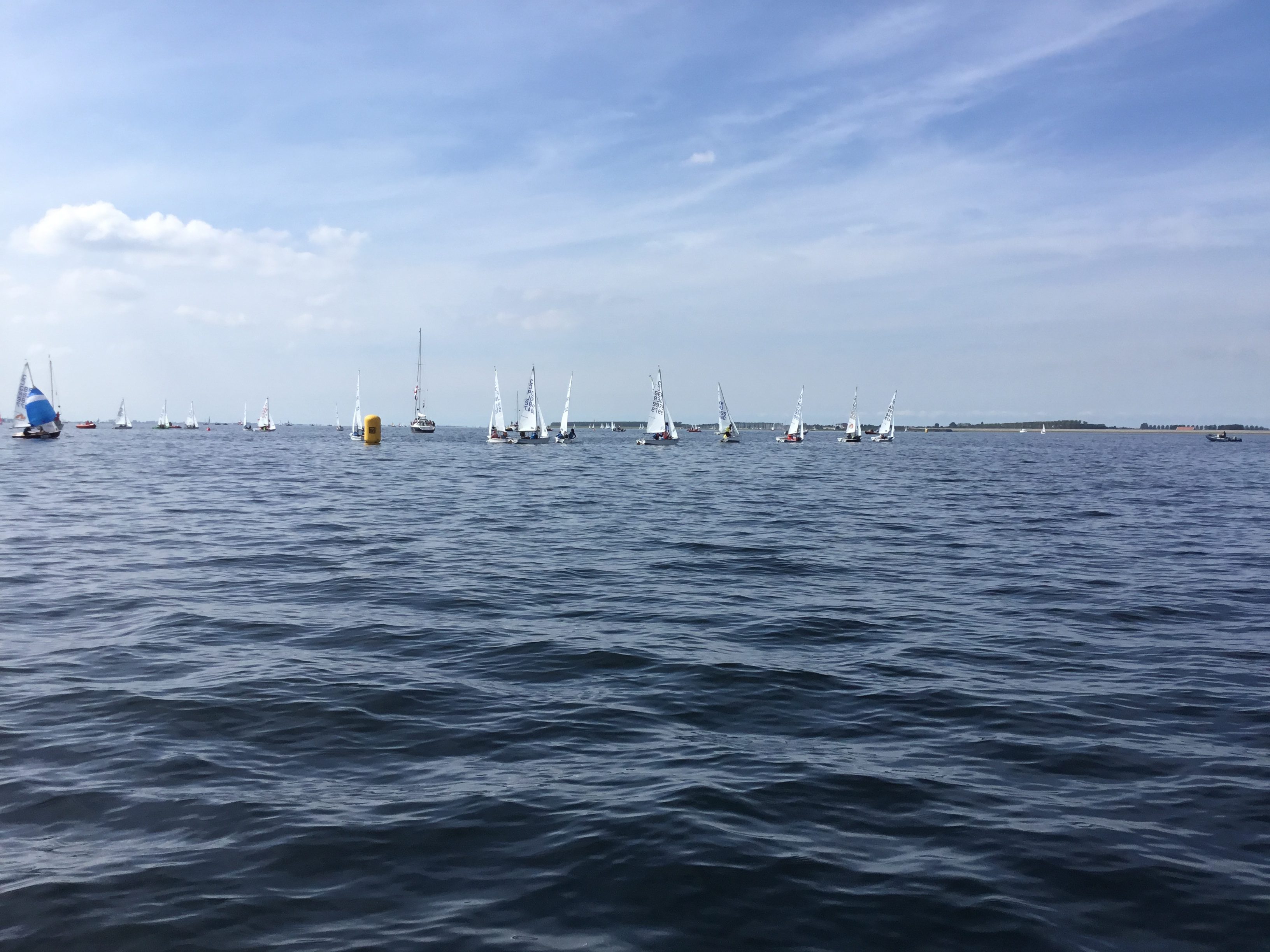