ABOUT THE AUTHOR: Down Under Sail director Marc Ablett is also a signwriter by trade and is the man behind Swan Signs, a signwriting company specialising in the marine industry. If you want to spice up the look of your boat, email him.

Vinyl wrap an 18ft Skiff in the middle of Sydney, inside the sponsors showroom… Seriously someone pinch me, I must be dreaming.

Growing up as a kid watching the 18s roll around at lunch in the cricket, seeing all the sponsors logos emblazoned on the boats and looking at the heroes on board as rockstars, I wanted nothing more than to be a part of that.

Now the 18s of today are a different beast, there is no TV circuit, the boats are one-design and the sponsors dollars aren’t there on the level they probably once were. But when I was approached by the ILVE 18ft Skiff Team to do some signage, I jumped at the chance not really prepared for what was ahead.

ILVE had commissioned a new skiff for Ollie Hartas’ team and he was really pushing the barrow when it came to making a statement with the story.

“I might only get one shot at owning a new boat and I want to make the most of it,” he said. A great attitude to have. So months went by and we developed the concept, which turned out to be something that resembled a silver rocket ship. It was exciting to say the least, it’s unique and eye-catching and the sponsor can see the value in such a project. The 18s are a huge canvas and the sky is the limit. With materials in the signage industry developing at such a rate, it allowed us to go to town on a project knowing that it is not going to have an affect on performance. Whereas in the past, signage could add weight to both Hull and sails, where this is simply not the case anymore with modern technology.

I got hold of a good mate of mine, Matthew Charles, from Sydney who I knew from TAFE and has had an unbelievable amount of experience wrapping cars, buses and any other mode of transport you can think of. More recently he has started a side project wrapping and designing skateboard/guitar decks and they look unreal. Check them out at Skate of The Art.

With that all out of the way and the final artwork designed and approved, I (Swan Signs) purchased the materials and got started. Now chrome isn’t cheap and a lot of planning went in to making sure we had enough vinyl while not over-capitalising. This is extremely nerve-wracking especially with me travelling with the materials from Adelaide the night before and meeting the team in the Leichardt showroom on the Saturday night. I’m sure anyone in business can empathise with this.

Then came the install, which as I said previously was an amazing “pinch yourself” moment for myself, and hopefully the start of something bigger. First we had to negotiate the skiff up the stairs and through a set of double doors. The boats are light enough with no fittings on them, but f**k they’re awkward to carry. We set the boat up and were ready to roll into the night.

Firstly, the discussion came as to where the chrome should come to, this involved changing the visual appearance of the chine line by shifting the edge of the chrome down about 200mm. It was contentious and hard to visualise but we got it done and I think we picked the right lines. From there it was go time!

Matty marked it out with the knifeless tape so not a single blade was used on the boat, keeping its finish brand new. We had the footy blaring in the background with the Doggies continuing their fairytale run by cleaning up the Giants down the road at Spotless Stadium and the Storm rolling the green machine from the capital in a couple of thrillers – pretty easy to get distracted. Then to add to that, Claire from ILVE called us into the kitchen, to find she had cooked up some butterscotch pudding, so we watched the rest of the footy then got back into it. Seriously tough working conditions…

We managed to get one side completely finished on Saturday night, which was a good start and with Ollie filming the whole thing I felt we were handling the pressure almost as well as when Jack MaCrae iced the game for the Dogs and sent them into the premiership decider. We honestly felt like rockstars with the way things were happening and it was good to get off to a positive start. Sunday morning came and after a couple of coffees and red bulls to get us flying, we launched into day two. Matty was a star, just nailing every contour on the skiff and his use of the knifeless was sublime – everything was just going to plan. We put on the fluorescent highlights and waterline pinstripe and it was time to flip the beast over. But before that, Claire had again put on an amazing three-course spread with seafood entree, beef stew and some more butterscotch pudding. Safe to say I just wanted to have an afternoon siesta after that, but with the end in sight we pushed on.

The deck proved tougher than we thought, with the contours going three ways it’s always tough – and unlike most vehicle, Controltac vinyls the chrome is not as forgiving and you can’t push it otherwise it’ll distort. With some patience we got there in the end with Matty finishing off the bow while I chucked the ILVE logos on the boat. Mission accomplished.

In all honesty you couldn’t wipe the smile off any of our faces and the photos probably don’t do it justice as to how unique this machine looks. Claire and the ILVE team were over the moon and they were so excited to see what the season brings. The best bit about this whole job is to see the sponsor so stoked, we want to see these guys getting more value for their money and the more projects we can do like this and the more mainstream media and non-sailors that take notice is such a great thing for the sport. Not to mention how good it is for the branding of the sponsors company, for what these projects cost in the grand scheme of things you feel that so much more could be done in our sport by looking after the sponsors in this way.

We can’t wait to see the ILVE skiff doing its thing on Sydney Harbour and good luck to the guys in the upcoming season. I can’t wait for the next project, whether thats a hull wrap or a mainsail design concept that uses the latest mylar techfoil technology, Swan Signs is looking to bring colour back into the sport. 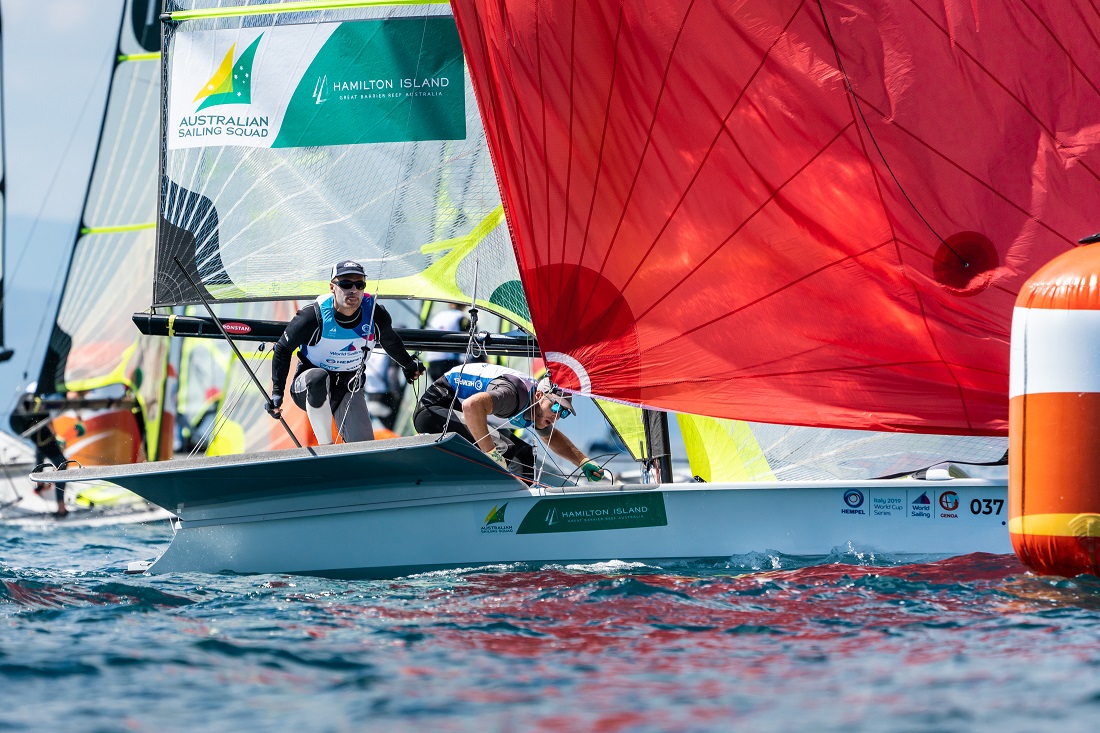 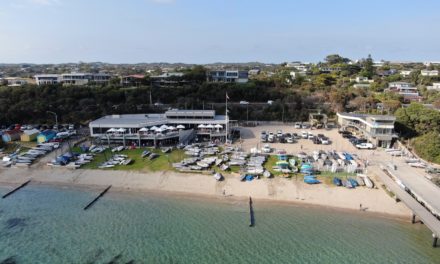