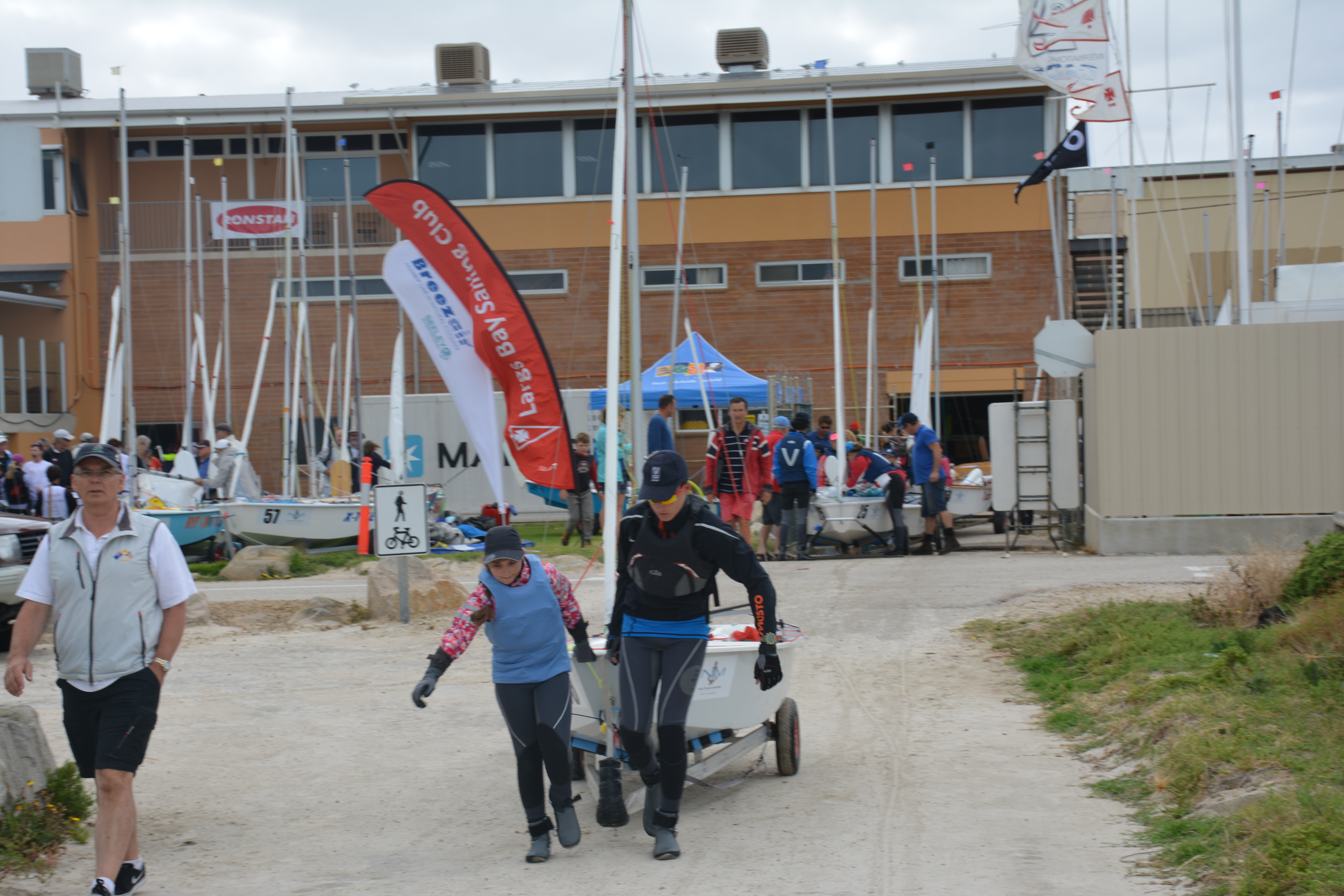 We’ve got plenty of content for you all to filter through on today’s International Cadet lay day, as we reach the half way point of what has already been a really competitive series.

For more videos from all of our events head to the Down Under Sail YouTube Channel.

We spoke to Kai Lin Tan and Lucy Arnold from New South Wales boat Winning Edge about how their regatta was going so far.

We spoke to Natasha Nisbet and Ryan Littlechild, who sail for New South Wales on Sequence. They talked about what the Adelaide conditions were like to get used to.

We caught up with Victorian and Australian team coach Tony Bull to talk about how the Victorian cadet sailors were preparing for the nationals at Largs Bay and also about how the worlds in Argentina went.

We spoke to Dominic Randall and Elliot Hughes from the Victorian team ‘Brothers In Arms’ who were good enough to win the last race of the day on January 14.

We caught up with the Metung team of Harry and Elsie Pearce to chat about how they’re enjoying sailing in Adelaide and what to look forward to at next year’s Metung Nationals.