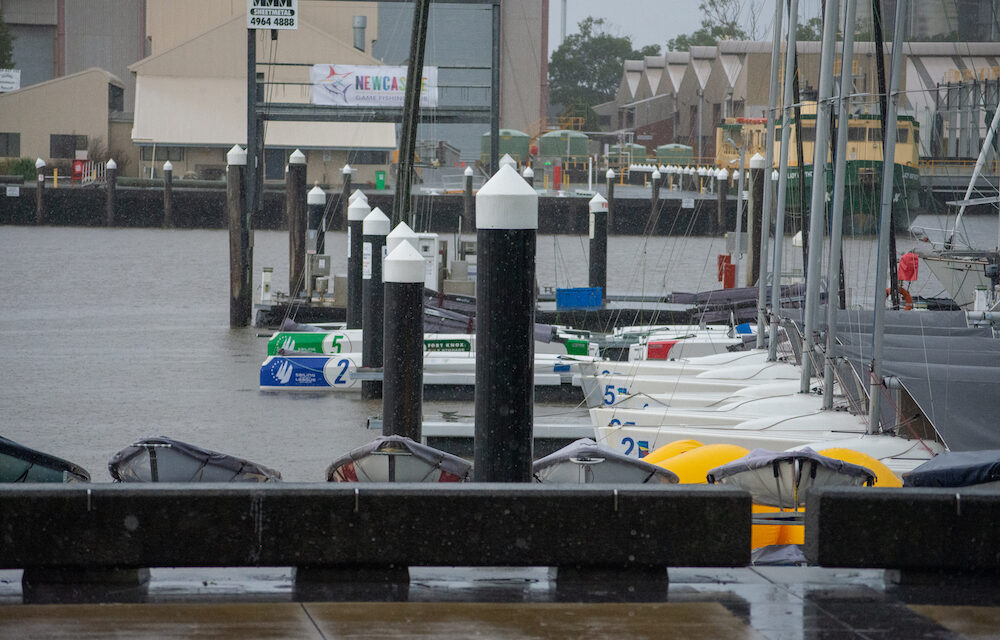 A high pressure system over the southern Tasman Sea is combining with an intense coastal trough and causing very active rainfall about eastern New South Wales, resulting in major flooding and evacuations on the Mid North Coast.

SCL Principal Race Officer Ian Humphries explained the decision to abandon racing: “We went into a two hour AP (postponement) from 10am to 12pm. The Bureau of Meteorology updated at 10.39 and kept the gale warning in place for Hunter waters. This is a mixed event with open and youth crews and we’ve decided it’s safer not to go out.

“We’ll start earlier tomorrow, when the forecast is more favourable, and we’ll get through as many races as we can in the time we have available. We can split the rounds so all teams sail against each other.”

Morale was high among the Royal Queensland Yacht Squadron team, despite their long stop/start overnight drive from Brisbane and broken sleep.

“The weather wasn’t great on the drive,” skipper Tom Needham and Australian Sailing Squad member shared. “It’s meant to be a nine hour drive and it took us close to 17 in the end. There were a couple of road closures near Coffs Harbour, due to flooding, where we parked on the side of the road in a giant traffic jam and had a little sleep. We rolled into Newcastle around 6am this morning.”

Australia’s Laser Radial representative for Tokyo 2020 (2021), Mara Stransky, said at NCYC during the Saturday morning postponement “the team is bouncing off the walls”. “We are feeling pretty good. We missed the training day, but I think we made up for it sailing down here in the Nissan Cube.”

RQYS is racing in the Open division and they’ve brought their A team to Newcastle. “We’ve got VX One Australian champion Josh Franklin, Mara is going to the Tokyo Games, Sammi Costin does foiling windsurfing and I sail a 49er. We are looking forward to some great competition.”

“The champions league seems like a pretty cool concept; I’m keen to get into it,” Stransky added.

Top teams from the southern and northern qualifier will be invited to the SCL Final in mid-April.

Currently, there is a strong wind warning for Sunday with winds forecast to be easterly 20-30 knots, possibly reaching 35 knots offshore. SCL racing is within Newcastle Harbour.

For more information about the SAILING Champions League – Asia Pacific head to http://www.sailing-championsleague.asia 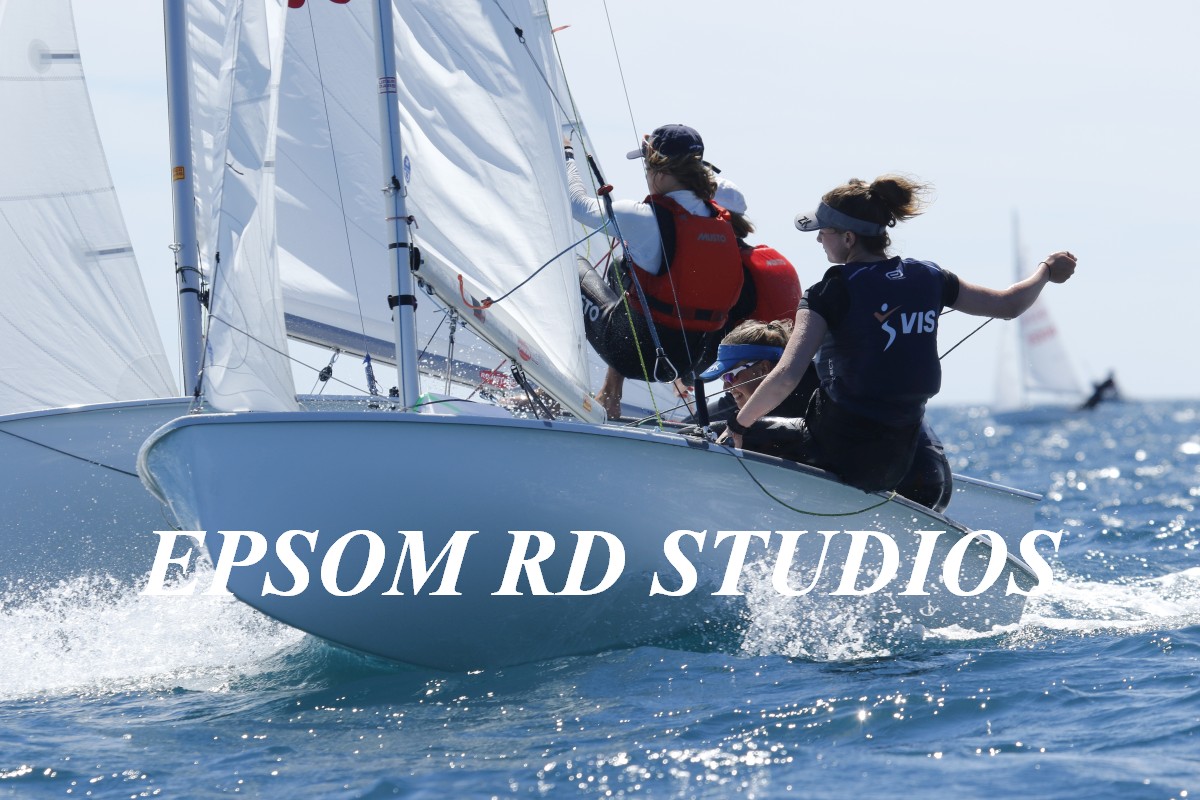