While south of the border the weather is anything but warm and sunny, competitors at Airlie Beach Race Week Festival of Sails 2019 are being spoilt rotten with warm sunny waters and a light breeze – and more of the same is on the cards for Day 2.

Gordon Ketelbey’s Zen got the better of Marcus Blackmore’s Hooligan overall in Division 1 yesterday, the two TP52’s going at it hammer and tong. Third was Ray Roberts’ much smaller Botin 40, Team Hollywood. It’s hard for the smaller boats to score against the TPs, but Roberts won’t be going down without a fight.

Greg Busch sailed his Sydney 40, Mako Sunglasses (NSW) to the top of Cruising Division two with Paul and Angela Woodma’s Bavaria 44, Summer Wind (Vic). In Division 3 it was Keith Maguire’s Beneteau 361, Fargo at the top of the podium from Stephen Green’s Out of the Blue (Qld).

The Non-Spinnaker division did not have it easy as they were out of phase with the best of the wind. At the end of the day, Robert Grey’s Renaissance 3, an Amel 55 from Victoria won from Dewi Hughes’ Hanse 411, Anthea (Qld) and John Cable’s Shiraz IV (Qld).

All other results are on the official website: https://abrw.com.au/ hover over On Water and click on RACE RESULTS 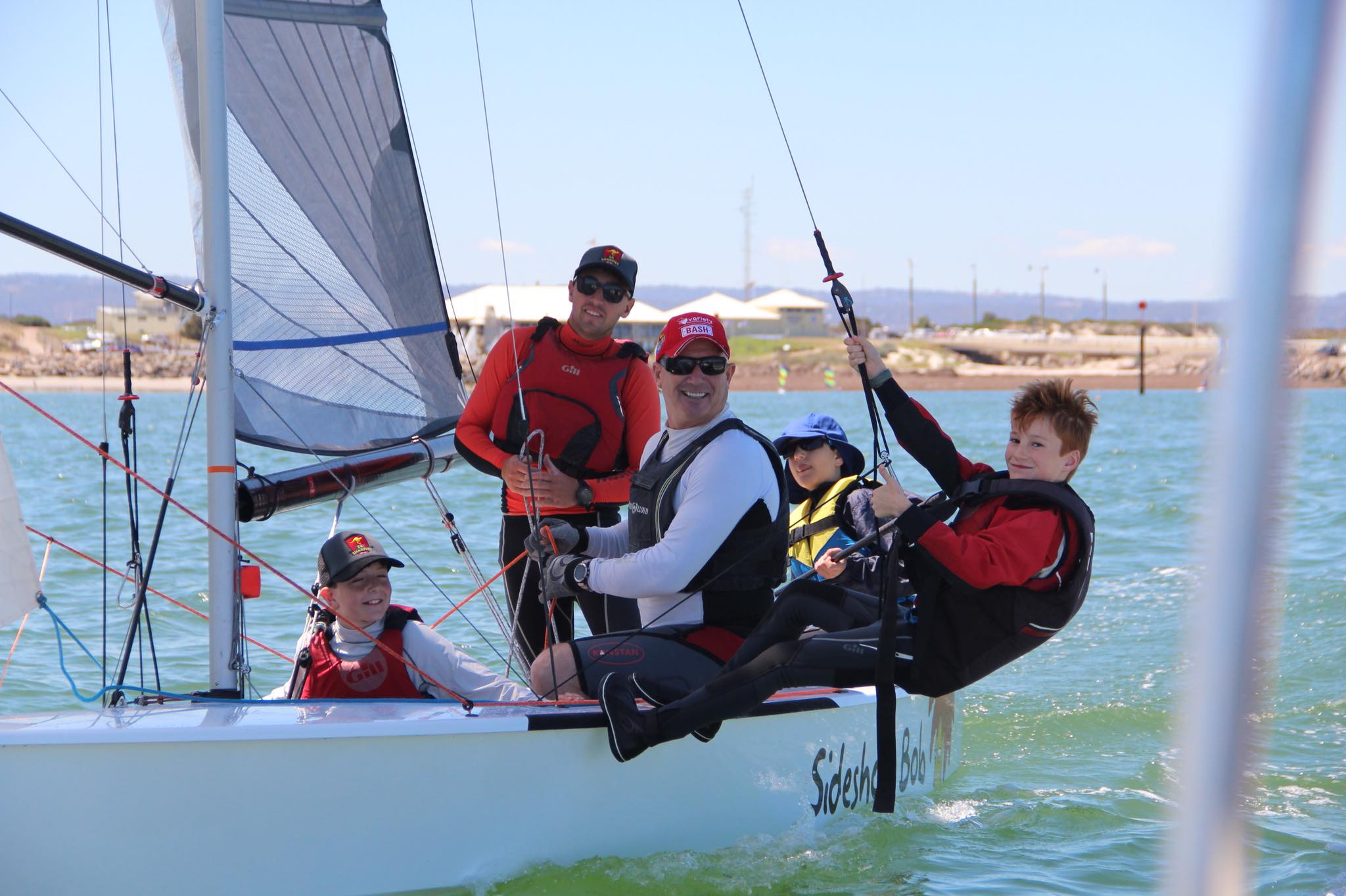