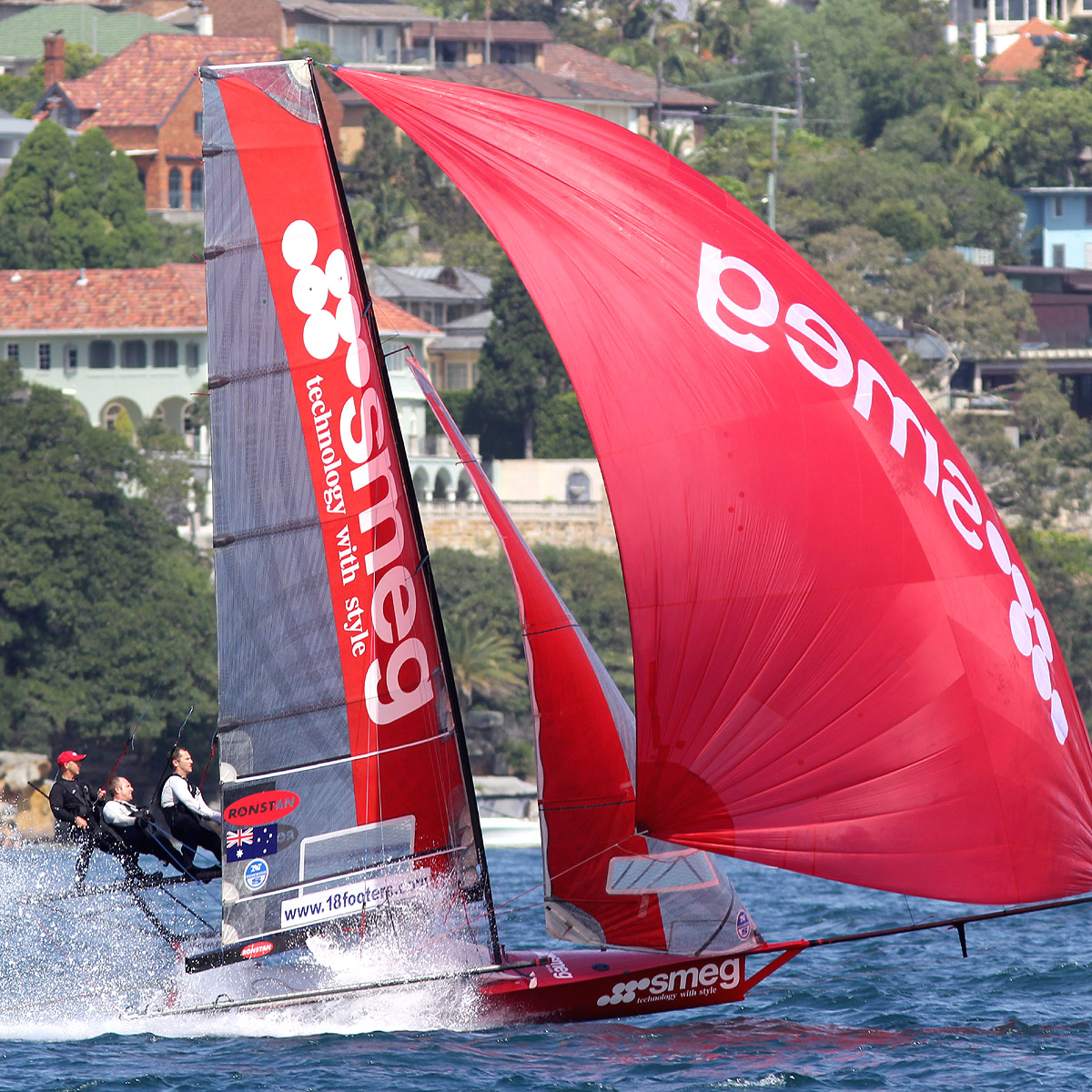 After weeks of strong winds and near-survival conditions, today’s Race 4 of the NSW 18ft Skiff Championship was sailed in a typically moderate summer North East wind on Sydney Harbour.

The 2016 JJ Giltinan champion Smeg team of Lee Knapton, Mike McKensey and Ricky Bridge proved they will again be the crew to beat this season with a brilliant 1m40s win over a strong fleet. Smeg’s win today has also set up a great finish to the championship next Sunday as Smeg and Coopers 62-Rag & Famish Hotel are equal points leaders on 5 points. Uncertainty about the likely wind strength before the race split the fleet rig selection, although most teams elected to go for their smaller #2 rig. An even start saw several boats vying for the lead as the fleet made its way across the harbour to Bradleys Head, but appliancesonline.com (Tom Clout) became the day’s first casualty when they lost their jib.

A quick capsize to fix the problem put the team out of contention and Smeg immediately began to show superior speed to lead the fleet into Taylor Bay as the race settled.

The battle in the leading group was close as the fleet made its way towards the Beashel Buoy windward mark. Smeg was first to reach the mark and established a 20s break over Asko Appliances as spinnakers were set for the run to the wing mark off Shark Island.

Thurlow Fisher Lawyers was in third place, followed by Noakes Youth and Triple M (James Ward), which had been declared as OCS at the start. Positions remained unchanged after the run to the wing mark but Asko seemed to take a few secs out of Smeg’s lead as the pair began a battle for the following run between the islands.

With more East in the breeze the run became more square and Smeg had little trouble maintaining her advantage over Asko and Thurlow Fisher.

Smeg increased the lead on the windward leg back to the Beashel Buoy and the main interest began to settle on the placings behind her.

Thurlow Fisher Lawyers gained on the spinnaker run down the middle of the harbour and moved into second place when Asko Appliances selected a more northerly course.

Over the final lap of the course, the breeze eased a touch and the bigger rigs on Coopers 62-Rag & Famish Hotel, Compassmarkets.com and Peroni began to come to the fore as these three skiffs made big inroads towards the leaders.

Smeg headed for home with a 1m15s lead over Asko but The Rag began to apply the blow torch to the smaller rigged Asko as the pair raced with only a few secs between them to the finish.

The crew work by both teams was classy and Asko used every trick in the book to hang on by a mere 4s.

Asko’s ability to hang on and deny Coopers 62-Rag & Famish helped set up what should be a great finish to the championship next Sunday. Race 5, the last race, of the NSW Championship will be sailed next Sunday. 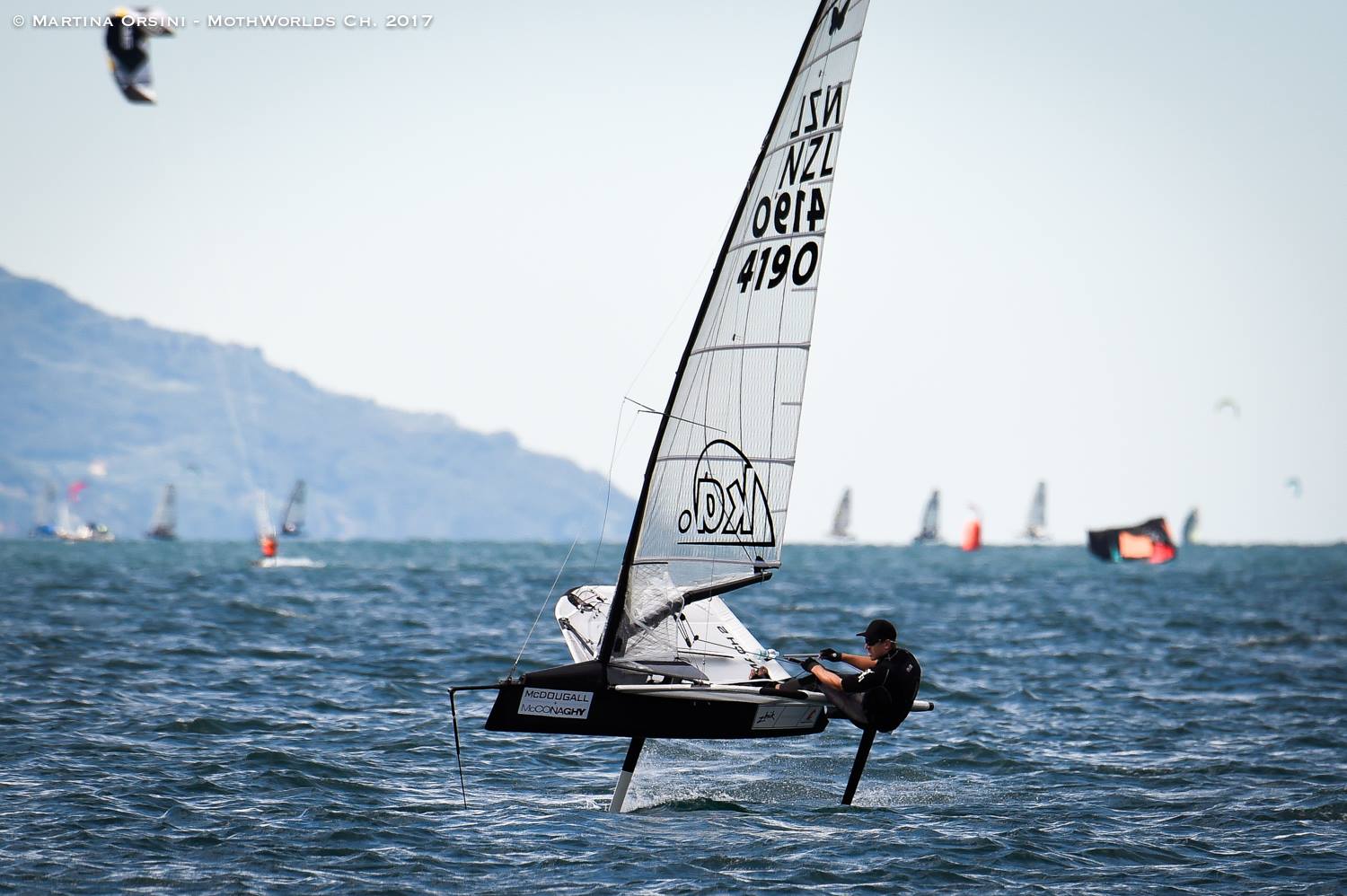 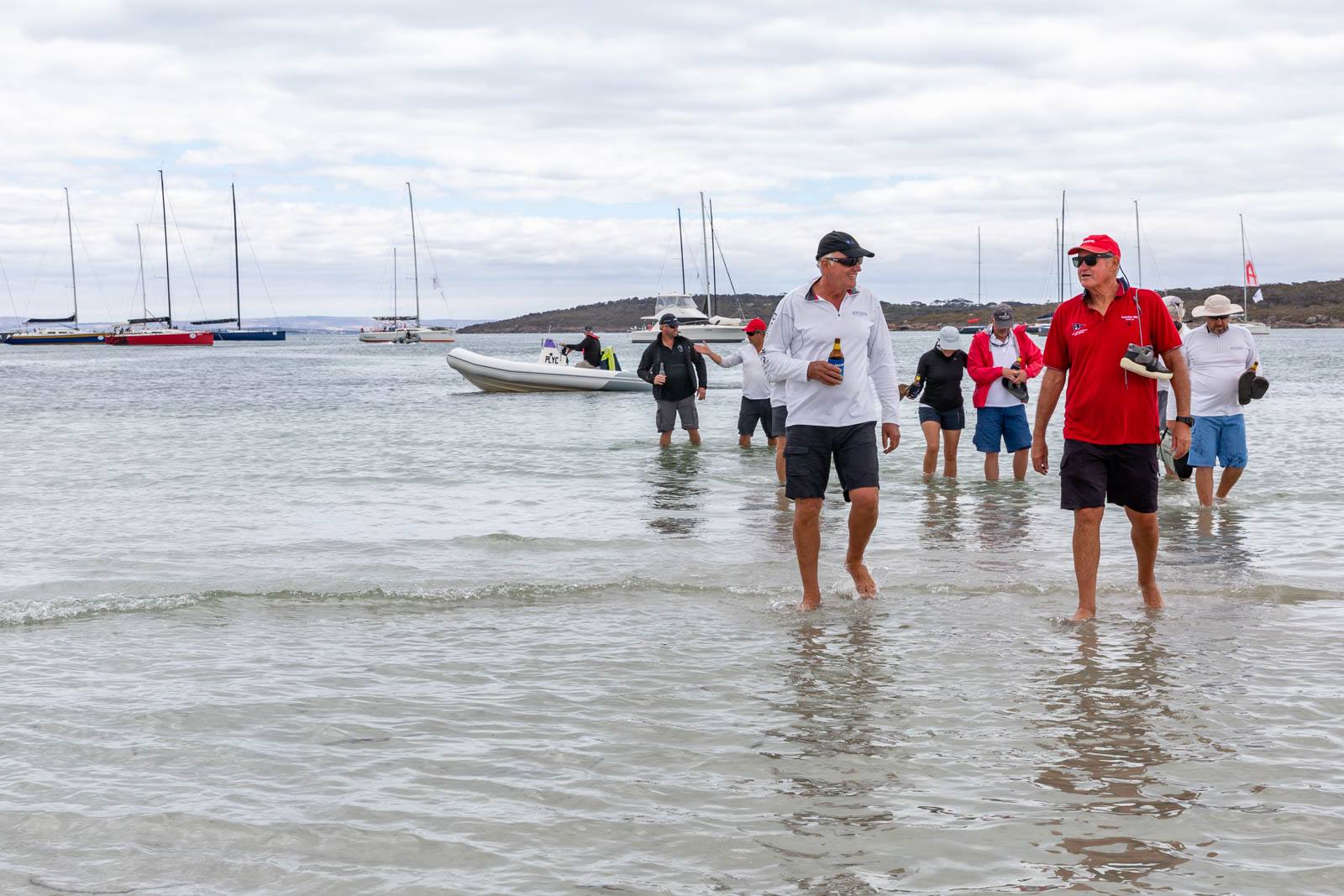